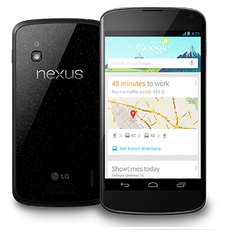 Google Nexus 4 Issues Reported (Buzzing Issues) | Google Nexus 4 issues reported an issue in which the owners experienced strange buzzing issues and distorted sounds when making calls, especially at higher volumes. No specific cause of the problem mentioned and so far, over 83 complaints reported over this problem on Android Issues site(link).

“When listening to earpiece, one can hear buzzing and clicking. It’s very faint (>5″ away can’t hear it).Not sure if it’s a shielding issue, or something that can actually be fixed.”

“I also have this issue on 16gb nexus 4. only problem I have with the phone…other than this it’s perfect. But the main function of the PHONE is to talk to people, and I can hear this buzz while on a call (although the buzz is louder when the screen is on) so it’s a large annoyance. Seems like it’s likely a problem with the LG hardware. hopefully some way to remedy this. my iPhone had no audible noise like this ever, whether the screen was on or not.”