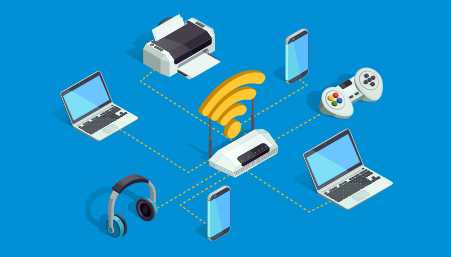 With the leap of technologies in automation and its expansion over several industries within Malaysia. There have been compelling successes in areas such as communication, transportation, services, and consumer products. A fun fact is that the automation process has already begun since the 19th century with the application of telephone switching. This is a mechanism that allows telephone users to remotely push on buttons and change the call subject. Leading us to the first field, communication.

The modern electrical phone switching system is running with complex digital computers without the need for human operations. Allowing people and businesses to maintain and connect with each other, what they need to do is to pick up the phone and dial the phone number. The call will be diverted to the person on the other side of the line almost immediately.

Today’s telephone switching monitors thousands of telephone lines, storing the digits of each telephone number as it is being dialled, setting up required connections,… In addition to the above functions, the system also automatically transfers calls to alternate numbers, calls back the user when busy lines become free, and performs other customer services in response to dialled codes. Some other applications of automation in communication include the application of satellite, or auto-mail-sorting function. They are programmed to precisely relocate themselves to predetermined locations or categorise the contents and destination automatically.

Automation in transportation could be seen in the self-serving services at the LRT and BRT stations as it requires a small number of workers to run and maintain each station. Additionally, the LRT system’s trains are automatically run based on what they have been programmed with. All people have to do is buy an LRT touch-and-go card, top it up with money and use it at the entrance’s scanning machine.

Another example would be the self-serving booths at the Kuala Lumpur airport. When people could order their tickets online and have it printed out at these stations with the luggage stickers. Moreover, this automation also takes place within the airline management system with a system called automatic pilot. Under normal flying conditions, these systems guide an aeroplane over a predetermined route by detecting changes in the aircraft’s orientation and heading from gyroscopes and similar instruments and by providing appropriate control signals to the plane’s steering mechanism. Automatic navigation that works on the aeroplane and on people’s phones Google Map also added this automation phenomenon.

Automation of service industries includes an assortment of applications as diverse as the services themselves, which include health care, banking and other financial services, government, and retail trade. Some of the example could be online banking, cashless payment, and credit cards; auto update on patient status, and recording on nursing care given to the patients to help with shift-changing time; online shopping, food ordering, and customer supports. Moreover, automation within the service industry also involve gaming applications, entertainment. These demands are running on industrial pc like Asrock industrial pc Malaysia service providers often prefer to when conducting any gaming applications, tournament gaming. Due to its high CPU/GPU performance, multi-displays, and feature-rich I/Os embedded solutions.